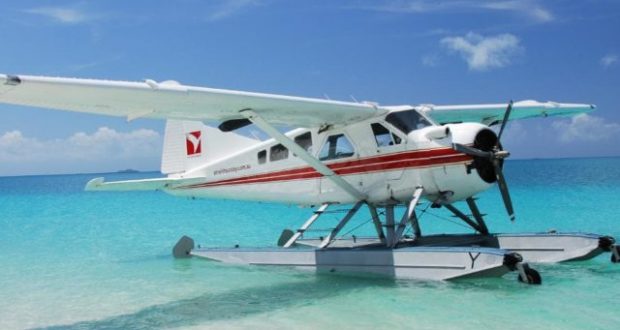 in District Diary September 16, 2018 Comments Off on Landing of a seaplane at Chilika water left everyone confused and stunned 530 Views

Chilika:16/9/18: Following cancellation of proposed water aerodrome project at Chilika, landing of a seaplane on lake water left everyone confused and stunned here.

The villagers around the Chilika Lake, Asia’s largest brackish water lagoon, were panicked after hearing loud noise coming out from the seaplane flying in the sky and it landed on the water at Chilika sea mouth on Saturday afternoon.

The locals of Arakhkuda and Sanapatna villages who were witnessing the sight became speechless. The fishermen at Chilika Lake were frightened after the plane landed on the water.

Sources said that neither the local administration nor police were informed about seaplane landing and purpose behind it.

“The seaplane landed at 1.30 pm on Chilika Lake and it was creating loud noise,” said Rabi Narayan Behera and Pradip Behera, the residents of Arakhkuda village.

However, the plane took off after 10-15 minutes of staying on water in floating position, they added.

Besides them, some other locals identified as Gamha Behera, Ram Behera, Agadhu Behera of Sanapatna village and few fishermen also witnessed the seaplane landing at Nanganashi Mouth of Chilika.

The incident was reported after Centre dropped the proposed water aerodrome project at the Chilika Lake after drawing flak from various quarters.

The Chilika Development Authority (CDA) informed the media, saying the Airports Authority of India (AAI) cancelled the seaplane project in the lake citing “if implemented, will negatively impact the ecosystem and the surrounding human population”.

In June, the AAI had announced to set up aerodrome projects in Odisha, Gujarat, Maharashtra, Andhra Pradesh and Assam. Chilika in Odisha was the preferred site. A team of experts from the Centre had visited the area and conducted a study after the civil aviation ministry had given its nod to the Chilika proposal.