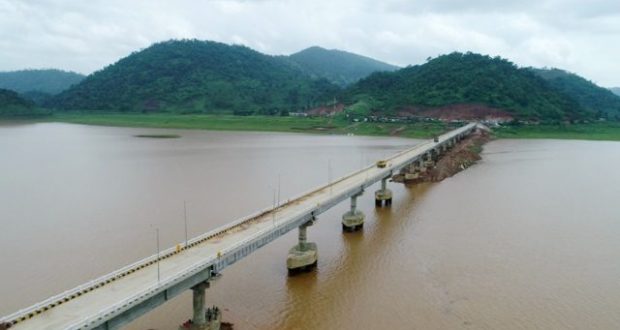 Bhubaneswar:15/9/18:  To intensify surveillance on Gurupriya bridge and and help police in combing operation in cut-off areas of Maoist-hit Malkangiri district, the Odisha police has decided to procure a drone camera to keep a close watch on the movement of ultras on the bridge and its vicinity.

DGP RP Sharma said two drone cameras would be procured at a cost of Rs 15 lakh each for surveillance on cut-off areas of Malkangiri district and capital city Bhubaneswar.

He further said in view of intelligence reports on various Maoists threats, the Odisha police has decided to start drone surveillance in the cut-off areas round the clock.

It may be mentioned here that the 910-metre bridge connecting as many as 151 villages with around 30,000 population in the cut-off region was inaugurated by Chief Minister Naveen Patnaik on July 26

2018-09-15
Editor in chief
Previous: JMM observed a 12-hour bandh in Mayurbhanj pressing for permanent bench of the Orissa High Court in Baripada
Next: BMC issued a demand notice of Rs 13.6 lakh to 17 organisations having unauthorized advertisements