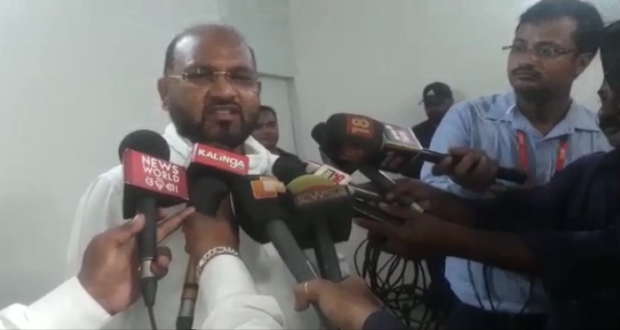 in District Diary September 13, 2018 Comments Off on Police arrested Mohammed Moquim in connection with vandalism at Purighat police station 627 Views

According to reports, Purighat police conducted raids in houses of the Congress workers late on Wednesday night and picked them up for allegedly ransacking the police station.

Cuttack DCP Akhileswar Singh informed that the Congress workers had on Tuesday stormed into the police station and vandalised the properties following detention of a party worker, who barged into Cuttack Municipal Corporation (CMC) office during observance of Bharat bandh.

Singh said, “The Congress workers had also misbehaved with a police officer after being prevented from vandalising the police station. They later staged a road blockade in front of the police station by burning tyres.”

In a statement to the media persons Moquim said, “The police has conspired against us under political pressure. We will not tolerate the police atrocity and take further course of action after coming out of jail.”

Meanwhile, Moquim also refuted the allegations levelled against the Congress workers for vandalising the police station during the countrywide protest on September 10.