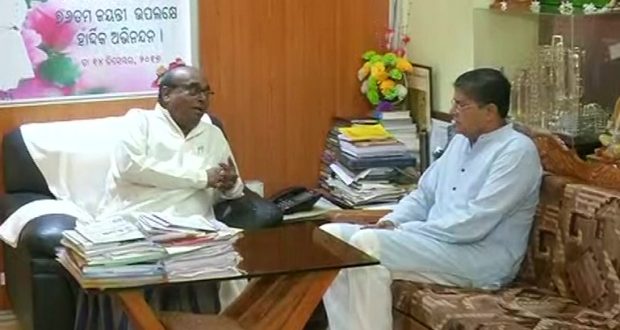 Clearing doubts of any political discourse between them, Dama said, “After hearing about my dismissal from BJD, Baijayant Panda came to my house to pay a cordial visit as he shares my feelings of being sidelined from the party.”

Damodar also said that he will contest the elections from Paradip till the people of the constituency desire it and party ticket is not a constraint for him.

Talking to mediapersons after meeting Damodar, Baijayant said, “I had arrived today to give moral support to Damodar Rout. It was just a courtesy call and we will meet in coming days to take a decision over the party action and will inform all about the decision.”