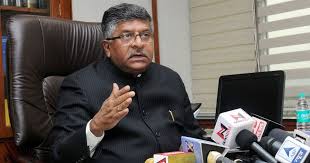 Union Law Minister asked Naveen Patnaik to discuss the about issue with the Chief Justice of the Orissa High Court.

Bhubaneswar: 12/9/18:The Centre on Wednesday asked the Odisha government to submit the details on the established procedures for setting up of two permanent benches of the Orissa High Court in southern and western Odisha.

In a letter to Odisha Chief Minister Naveen Patnaik, Union Law Minister Ravi Shankar Prasad asked him to discuss the about issue with the Chief Justice of the Orissa High Court.

The Union Minister has also asked the Chief Minister to identify the location and land required for the construction of the building of the two High Court benches including the residential area for judges.

The Union Minister also requested the Odisha CM to specify the jurisdiction of the two proposed benches and submit a proposal after finalising the details with the consent of the Orissa High Court Chief Justice, so that the Centre can take the necessary steps.

Reacting to the Centre’s letter, senior BJD leader Prasanna Acharya said, “The Chief Minister has already assured to provide necessary infrastructure for the proposed High Court benches. And this letter is a clear indication that the Centre is recusing itself from the responsibility.”

2018-09-12
Editor in chief
Previous: Agitating teachers vowed to spread their voices from Lower PMG to all the 314 blocks of Odisha
Next: “Ishq Puni thare” has hit the theaters on the eve of Ganesh Puja