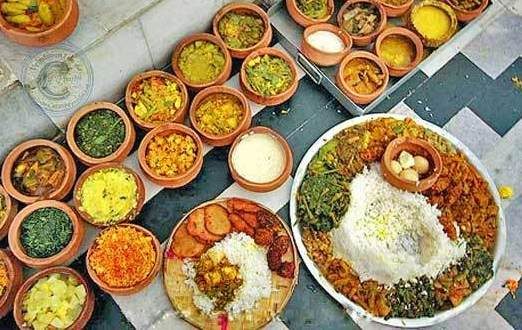 The decision has been taken following resentment among devotees over exorbitant and overpricing of Mahaprasad sold by the suaras (cooks) of the temple.

The decision to implement thali (plate) system was finalised earlier on Tuesday in a meeting between Suara-Mahasuara Nijog and SJTA chief administrator Pradipta Mahapatra.

Mahapatra in a briefing to the media stated that, “The thali system would be implemented with three slab rates at the price of Rs 70, Rs 80 and Rs 120. Henceforth, the suaras cannot charge the devotees arbitrarily for the Mahaprasad.”

Reportedly, the Mahaprasad thali costing Rs 70 will comprise plain rice, dal and two curries. Similarly, the thali for Rs 80 will have two additional curries while the thali to be sold at Rs 120 will include kanika, khiri, purified butter rice and four curries.

Mahapatra added that the rate charts of the Mahaprasad along with its photo will be put up for display for the devotees at Baisi Pahacha, Ananda bazaar and the four gates.

The meeting also came to a conclusion that the suaras will take the responsibility of the kitchen on a yearly lease. Besides, the cooked Mahaprasad will go through quality tests and restriction will be imposed on the sale of Mahaprasad by non-servitor.

2018-09-12
Editor in chief
Previous: Damodar Rout has been dismissed from Biju Janata Dal
Next: Question Hour in Odisha Assembly was washed out for the sixth consecutive Day