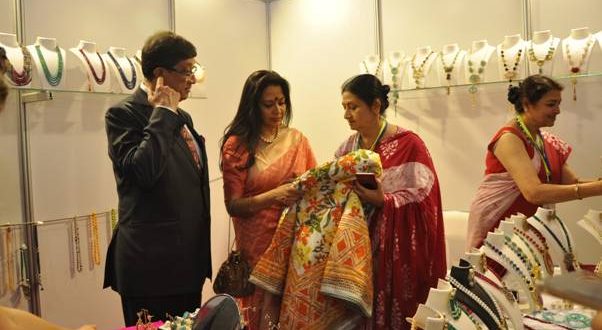 Turkey:12/9/`18:The Trade Promotion Council of India (TPCI) led a75-member Indian delegation for the ongoing 87th Izmir International Trade Show in Turkey. The delegation had several B2B meetings and business tie-ups with members of the Turkish business community.India is the Focus Country in the trade show with a standalone pavilion named ‘Source India’. The India Pavilion is a multi-product pavilion, including companies displaying products like ceramics, cereals and mechanical appliances.

The ‘Source India’ Pavilion was inaugurated by Sanjay Bhattacharyya, India’s Ambassador to Ankara, Turkey. Speaking on the occasion, Bhattacharrya spoke about the strong commercial and economic relations shared by India and Turkey. Bilateral trade between the two countries was $7 billion in 2017, an increase of 8% over the previous year. He said that there is a huge potential for tie-ups between Indian and Turkish agriculture and food processing sectors. The collaborations may range from farming technology, high yielding varieties, farm machinery, food processing and cold storage.

A business collaboration has been worked out by TPCI and BIM, a Turkish supermarket chain,having 6500 stores in Turkey, 600 in Morocco and 400 in Egypt. BIM is looking to open a store in India as well. Another similar partnership agreement has been worked out with MIGROS, owners of Ram stores, a prominent brand in Kazakhstan and Macedonia.

With a similar structure in demand and supply India and Turkey can co-operate in sectors like automotive components, construction machinery, agri products and food processing, consumer electronics, jewellery, natural stones, cosmetics, furniture, textiles machinery, medical devices and pharmaceuticals. There is also great potential for co-operation between the two countries in the services sectors like construction, tourism and health care.

TPCI, a trade and investment promotion organization of Department of Commerce, has organized similar pavilions in countries like Nigeria and South Africa. These events serve the purpose of opening new areas for co-operation in trade and investment between India and the rest of the world.

India and Turkey had set a bilateral trade target of $10 billion during a meeting between Prime Minister Narendra Modi and Turkish President Recep Tayyip Erdogan in May 2017.

2018-09-12
Editor in chief
Previous: Suresh Prabhu holds meetings with Russian Ministers at Vladivostok
Next: Odisha Chief Minister held an investors meet here ahead of the ‘Make in Odisha’