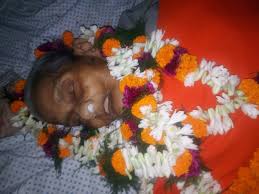 Mohapatra was suffering from old age related ailments and bed-ridden for a long time. After his condition deteriorated today, he was rushed to the DHH where he passed away at 5.55 pm.

2018-09-12
Editor in chief
Previous: Odisha government accorded in-principle approval for setting up a commercial airport at Dhamra
Next: Ama Gaon Ama Bikash session has covered 4,373 GPs in 200 blocks and led to sanction of 309,975 projects