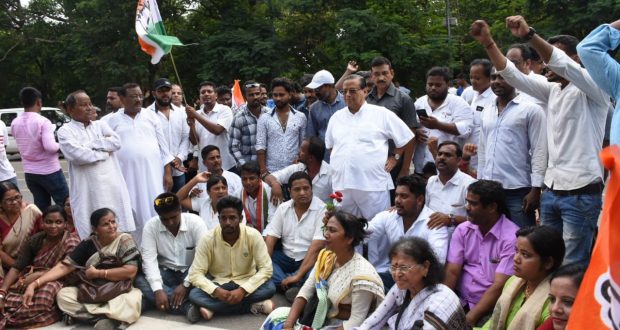 Bhubaneswar:10/9/18 :Normal life was thrown out of gear in the state following the nine-hour Bharat bandh observed by the Congress today in protest against the steep hike in fuel prices by the BJP government at the Centre.

The bandh which began at 6 am will continue till 3 pm. The impact of the bandh was felt in the twin cities of Bhubaneswar-Cuttack.

To maintain law and order situation, at least 20 platoons of police force have been deployed at various key points in the city. In addition to that, senior police officials have been deployed on duty to keep strict vigil on various sensitive places.

As many as 10 trains have been cancelled by the East Coast Railway (ECoR) following Bharat bandh observed by Congress and other political parties today over rising fuel prices. 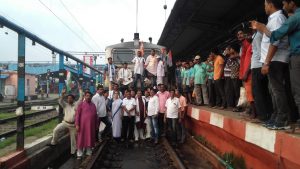 Here is the list of trains cancelled in the wake of Bharat bandh: