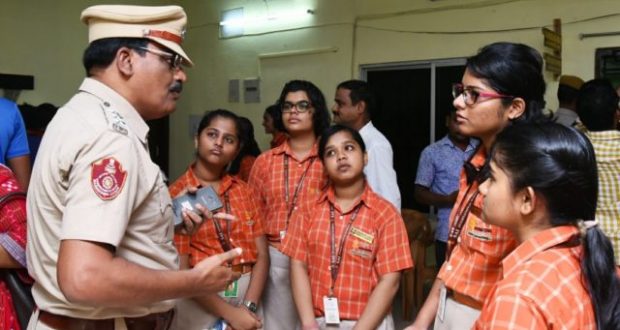 Bhubaneswar: 9/9/18:“We are no less than Scotland Yard,” said Twin City Police Commissioner Satyajit Mohanty, while replying to one of the queries of the students who asked, ‘Can our police ever match the Scotland Yard or other effective police system of the west?’

The newly-appointed top cop said that the Commissionerate has already initiated a user-friendly desk where people need not visit the police station several times to lodge complaints and have started the process to soon adopt the various best practices from across the globe.

Mohanty briefed the students on the role, responsibility and objectives of being a policeman. He outlined the organisational structure of the Police Commissionerate, its strength, and a statistical picture of the crime rate in the country and State. He also spoke about their involvement with Global Red Cross Movement and detailed on the various trainings taken by different levels of police.