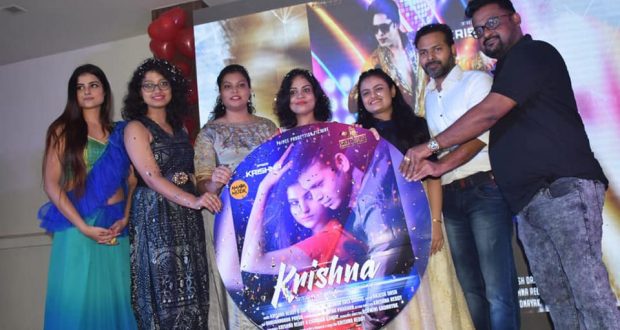 Bhubaneswar:9/9/18;Music  VCD  of odia film Krishna – Story of a Dancer was  unveiledrecently at Odisha Press club ,Bhubaneswar, Probably it’s the first time our National Song Vande Mataram and our State Song Bande Utkal Janani will be a part of an Odia film.In an inaugural ceremony cast and crew of the movie along with Singer,lyricst and music director was present. 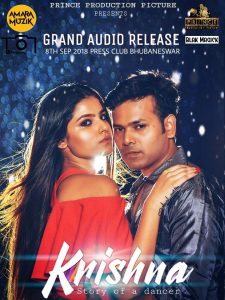 This film is being produced by Prince Production Picture, Which belongs to most popular dance group of Odisha called Prince Dance Group who has recently won Indias Got Talent and amazed national and international level audience by their dancing talent. It’s a story of human pain, passion and compassion which the world deserves to know. Eagerly waiting for the release of the movie on 2nd October. Krishna Mohan Reddy who led all the performances that the Prince Dance Group performed till now working on a Movie on the journey of him and his Prince Dance group & here are five facts you would be excited to know about Krishna, the story of a Dancer. Krishna, The Story of a dancer is a movie on the journey, struggles and success of the entire team of Prince Dance group. The audience will see Suryamayee of Bhala Pae Tate 100 Ru 100 fame romancing Krishna Reddy. The cast and crew of the film were: Screenplay & Direction: Krishna Reddy, Technical Director: Ashwini Garnayak, Music: Krishna Reddy & Sai Lakhan, Lyrics: Kumar Shree Sahoo, Dialogues: Krishna Reddy & Chandan Kumar Asst. Director: Priyabrata Giri & Bighneswar Panda Choreographer: Pabitra Pradhan Editor: Soumya Sobhan Nayak ,DOP: Dhrubananda Panda, Action Director: Krishna Reddy & Sandeep Pattnaik, Post Production: Phoenix, Starcast: Krishna Reddy, Suryamayee, Someshwar Reddy