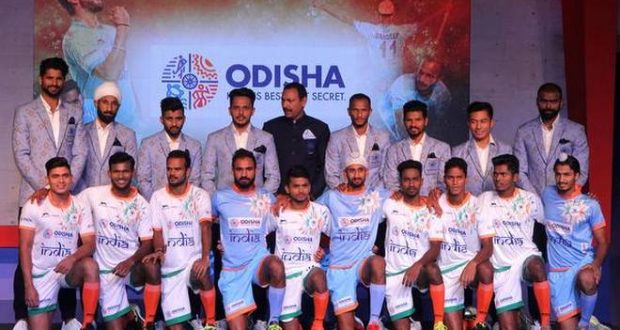 Mumbai:8/9/18: The new look of India Men’s Hockey Team jersey was unveiled at an event today in Mumbai, ahead of the upcoming Odisha Hockey World Cup. Indian Men’s hockey team along with coach donned the new jerseys and walked the ramp.

The new collection aims to arm the Indian Team with that booster dose of confidence as they prepare to bring the cup home. The design also encompasses the spirit of hockey being India’s game and is representative of how the National Team’s hearts beat for India.

The entire function is centered around one program which has been rightly titled ‘Only when everybody shares the same dream, does it become a reality’ organised by the State Government as part of its 360-degree campaign for the Hockey World Cup.

2018-09-08
Editor in chief
Previous: Nitin Gadkari has approved the construction of the much-awaited Vehicular Under Pass at Sikharpur
Next: Odisha government effected a minor reshuffle in the IAS cadre