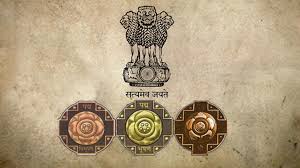 Nominations have been invited from Central Ministries/Departments, States/UT Governments, Bharat Ratna and Padma Vibhushan awardees, Institutes of Excellence as also from several other sources to enable broadbased consideration. The MHA communication dated April 25, 2018 requested them to make concerted efforts in identifying talented persons whose excellence and achievements really deserve to be recognized, and make suitable nominations in their favour.

The Padma Awards, namely, Padma Vibhushan, Padma Bhushan and Padma Shri, are amongst the highest civilian awards of the country.  Instituted in 1954, these Awards are announced on the occasion of the Republic Day every year. The award seeks to recognize ‘work of distinction’ and is given for distinguished and exceptional achievements/service in all fields/disciplines, such as, Art, Literature and Education, Sports, Medicine, Social Work, Science and Engineering, Public Affairs, Civil Service, Trade and Industry etc.

The MHA communication requested that efforts may be made to identify talented persons from amongst women, weaker sections of the society, SCs & STs, divyang persons, etc., who deserve to be considered for the award. Government servants including those working with PSUs, except Doctors   and Scientists, are not eligible for Padma Awards.