Top Headlines
Home » State News » It is essential to bring petrol and diesel under the purview of GST:Dharmendra Pradhan 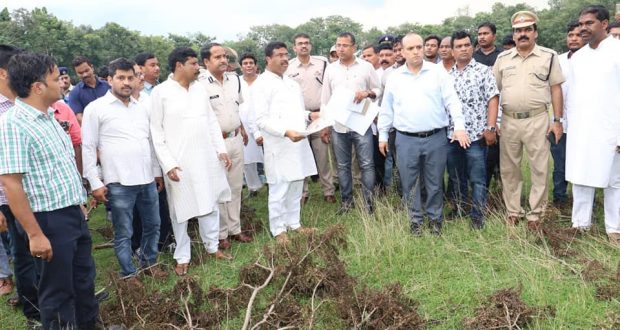 It is essential to bring petrol and diesel under the purview of GST:Dharmendra Pradhan

Bhubaneswar:7/9/18: Fuel price hike in the country is due to international factors and it has now become essential to bring petrol and diesel under the purview of GST, Union Petroleum and Natural Gas Minister Dharmendra Pradhan said Friday.

The unusual surge in fuel price is due to the political and economic situations at the international level and the Centre has been vigilant about it, he told newsmen here at the sidelines of a function.

“It has now become essential to bring petrol and diesel under the purview of GST. As these two items are out of the GST, the nation has to bear a loss of about Rs 15,000 crore. If petrol and diesel are brought under the GST, it will be better for all including consumers,”, Pradhan said.

Asked about the Centre’s steps to reduce oil prices, Pradhan said “One cannot effectively address the situation just by cutting down the rate of excise duty.

Pradhan said India is constantly in discussion with the US, which has been impacting the crude oil production.

“Yesterday, during the 2+2 discussion, External Affairs Minister Sushma Swaraj had raised the issue of oil price. This apart from the devaluation of rupee has also impacted the price hike of oil,” he said.

Replying to another question, the union minister said the Odisha government has been getting revenue of about Rs 7,000 crore from petroleum products by raising the tax rate on these products.

“The people will get relief if the state government reduces the tax on petrol and diesel”, he said.

2018-09-07
Editor in chief
Previous: Congress called for a ‘Bharat bandh’ on September 10 Protest on rise in diesel and petrol prices
Next: PM meets leaders of global automotive companies