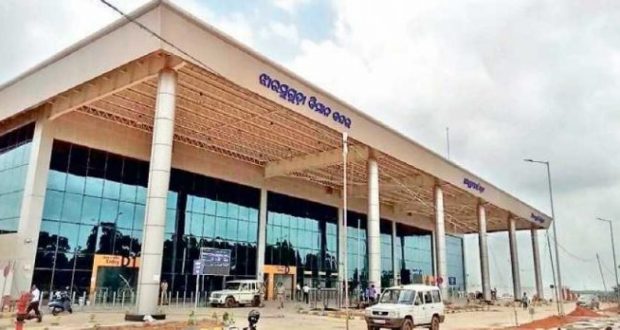 Jharsuguda airport is getting ready for takeoff

Bhubaneswar: The Jharsuguda airport being developed by Airport Authority of India as per MOU signed with Odisha government in 2014 is getting ready for takeoff.

Chief Secretary Aditya Prasad Padhi , who reviewed the progress of the airport at the State secretariat yesterday,  said the Collector and Superintendent of Police Jharsuguda have been directed to ensure infrastructural facilities within a week.

The infrastructural construction for phase-I operation of the air port is at the finishing point. State Government has provided 118.75 acres of land free of cost for the purpose. State has also provided Rs.75 crore towards State share of the total capital expenditure of Rs 210 crore. Apart from this, State Government has provided 52 security and fire personnel for peripheral security and anti-hijacking squad. All these personnel have been trained for air port operation, he said.

The electricity and water facilities in the air port has been provided free of cost by the State. Government of Odisha has also exempted property and municipality taxes for the entire aerodrome including staff colony and other installations.   The routes like   Bhubaneswar to Jharsuguda and Jharsuguda to Ranchi have been taken up for regional connectivity from this air port. Further, it was proposed that shortly RCS-UDAN flights would start for which State Government agreed to provide its share of subsidy for travelling public, he concluded.

2018-09-07
Editor in chief
Previous: Music CD of upcoming Odia movie ‘Premkumar’ unveiled
Next: Odisha Assembly passed a resolution for setting up a Legislative Council in the state