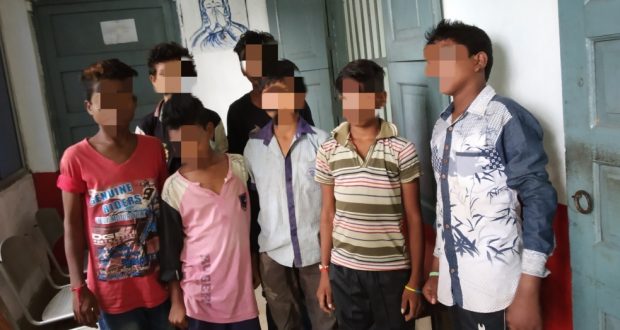 Cuttack:5/9/18: The Odisha Crime Branch, which has launched the Operation Paree-II to rescue missing children of the state, has traced 39 abduction cases after rescuing 530 children in four days.

According to reports, the CB has rescued 530 children in four days, out of which 455 are boys and 75 girls. However, during investigation the cops noticed that the parents of 39 rescued children had lodged a missing complaint in this regard.

As per available information, the 88 children have been rescued from Ganjam, 52 from Berhampur, 46 from Boudh.

According to police, most of the rescued children fled from their houses in search of work due to poor financial condition.

2018-09-05
Editor in chief
Previous: Odisha Chief Minister urged the Centre to to take an early decision on establishing permanent High Court benches in Western and Southern Odisha
Next: Odisha Finance Minister aid the supplementary budget of Rs 12,790 crore for 2018-19