Top Headlines
Home » National » Premier of Hindi film “Halkaa”going to be held in Bhubaneswar on 6th,September,2018 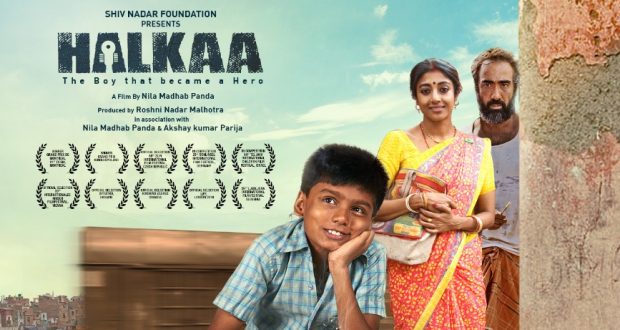 Premier of Hindi film “Halkaa”going to be held in Bhubaneswar on 6th,September,2018

in National September 4, 2018 Comments Off on Premier of Hindi film “Halkaa”going to be held in Bhubaneswar on 6th,September,2018 2,146 Views

Bhubaneswar:4/9/18:Premier of Hindi film “Halkaa”going to be held in Bhubaneswar,the award winning film will be screened at Maharaja talkies on 6th,September,2018 at 7PM. Paoli Dam will be seen in Nila Madhab Panda’s ‘Halka’ and the actor said it was a difficult film for her as she shot it in a slum area in Delhi. The movie, also starring Ranvir Shorey, has been filmed in a slum near Pragati Maidan in the capital. “I essay the role of the mother of a child, who wants to use his own toilet and not the common toilet in a slum.
Ranvir essays the character of the father. Shooting in a slum was difficult,” Paoli said. “Halkaa” was selected among seven international children’s films from different countries in the official competition of the festival. The film is a take on a slum child’s heroism, aspirations, and dreams. The child protagonist, Pichku (Tathastu) fights to overcome the basic problems that he faces every day like defecating in the open, among others. It is his dream to make a toilet of his own where he can enjoy his privacy and do the deed in peace. The film is being Presented by Shiva Nadar Foundation and co produced by Roshannadar Malhotra,Nila Madhab Panda and Akshya Kumar Parija.Music of this film is being composed by Shankar Ehsaan Loy