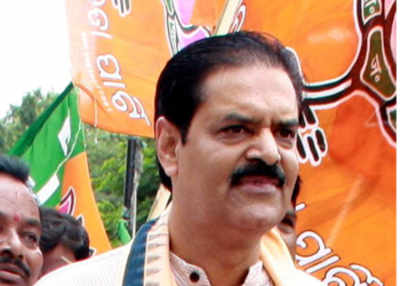 The BJP leader, during his address in the House, said former prime minister A B Vajpayee would have been unhappy had he been aware about the current state of affairs in Odisha.

“Vajpayee, who provided a launch pad for Odisha’s present chief minister (Naveen Patnaik), may have regretted if he found out about the way the state is being governed today,” the BJP Legislature Party leader said.

Protesting against Singhdeo’s statement, BJD MLA Debasis Samantray said it was unfair to deliver a political speech while paying tribute to the departed leader.

Talking to media after the Assembly session, Samantray said, “He (Singhdeo) did not say a word on M Karunanidhi or Somnath Chaterjee. This is not the tradition of Assembly. A member should pay respect to all departed leaders.”

Singhdeo, on his part, justified his statement.

2018-09-04
Editor in chief
Previous: PM interacts with the awardees of National Teachers’ Awards
Next: Biju Janta Dal will launch a three-day long protest from September 7 to 9 against the hike in fuel prices