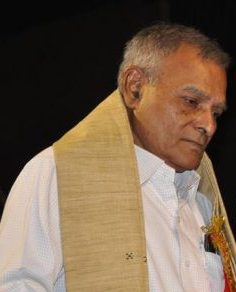 He was 77.   His final rites were performed at the Swargadwar at Puri.

A self-trained anthropologist and tribal activist, his passion was the study of the history, culture and traditions of the Kandhs. He spent many years of his life with the Kandhs tribals had had mastered the Kui language. His research and studies were based on firsthand experience. In his lifetime, he had traveled the length and breadth, or rather the hills, forests and hamlets of Kandhamal   and has written many original works. Most of his writings were empirical and path breaking, hitherto they had not been reported earlier anywhere.

Rath has written more than a dozen books. His book “The Kandhs and Kandhamal” is an important study in the history and culture of the region. He was the first scholar to translate and decipher the unique Kui Riddles.  Rath had, during his lifetime guided many scholars from Delhi University, Jawaharlal Nehru University, Sambalpur and Utkal Universities besides researchers from Oxford and Cambridge. He was conferred with many awards during his lifetime including the Sahitya Academy and the Itihas Sankalan Samity award.

Rath has willed his entire library comprising, of more than 5000 rare books and journals to the National Archives of India.

2018-09-03
Editor in chief
Previous: Naveen Patnaik announced a cash prize of Rs 50 lakh each for the two Odisha players in the Indian Men’s Hockey team
Next: Monsoon session of the Odisha Assembly begins Tomorrow