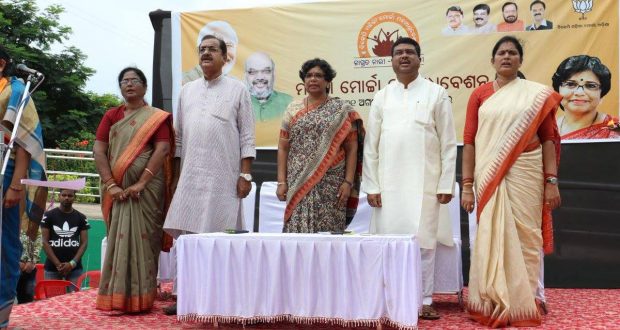 in State News August 31, 2018 Comments Off on Odisha BJP Mahila Morcha set for a mega showdown against the ruling-BJD with its Rastriya Maha Adhivesan 1,829 Views

Bhubaneswar: Upset with the Odisha government’s policies against women, BJP Mahila Morcha, the women wing of the saffron party is all set for a mega showdown against the ruling-BJD with its National high-level conclave (Rastriya Maha Adhivesan) scheduled to be held from September 29.

Deliberations on women safety, liquor menace affecting youths in villages, and dilapidated healthcare will be undertaken during the conclave, Parida said at a presser here. 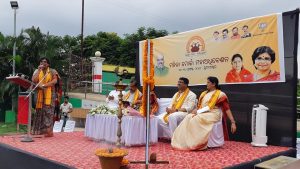 “The government has failed in providing healthcare facilities to women thus leading to unfortunate incidents like delivery on roads and pregnancy-related deaths. The BJD-led state government has cheated nearly five lakh SHGs in the name of skill development,” Parida said.

“The main aim of the upcoming ‘adhivesan’ is to empower the women of the state, make them self sufficient, independent and make them aware about the irresponsible and inefficient state government,” Parida added.:

Members of the national women wing of the saffron p/arty, women activists from all walks of life and workers from nearly 37,000 booths in Odisha will participate in the programme, informed sources./

2018-08-31
Editor in chief
Previous: Odisha Chief Minister felicitated ace sprinter Dutee Chand for bringing laurels for the Nation
Next: Union Health Minister urge an adopt the Ayushman Bharat scheme along with the state’s own programme