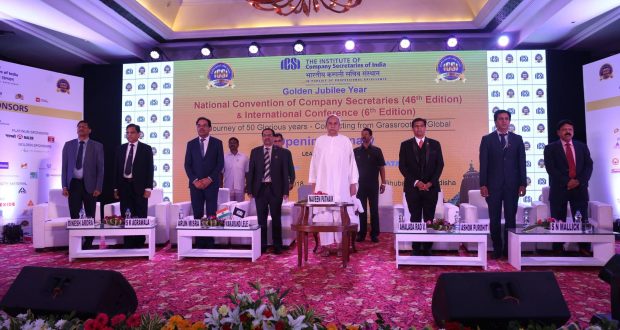 Odisha is Fast Emerging as a Manufacturing hub of Eastern India:Naveen Patnaik

in State News August 30, 2018 Comments Off on Odisha is Fast Emerging as a Manufacturing hub of Eastern India:Naveen Patnaik 852 Views

Bhubaneswar:30/8/18: “Odisha has provided a better industrial climate for industries to grow and helped industries to be the part of the development story of Odisha,” said Chief Minister Naveen Patnaik on Thursday.

“For the last 50 years, you have been playing a crucial role in providing essential support to industrial organisations. In the context of massive industrialisation in the country, the Company Secretaries do certainly have a bright future along with the growth of industries and economy of the country,” he added. 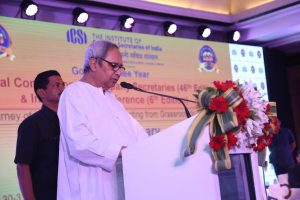 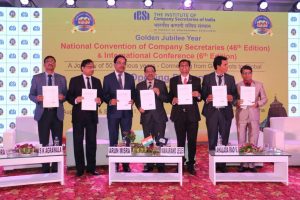 The CM said that Odisha is fast emerging as a manufacturing hub of eastern India. With a number of progressive policies and plans put in place, Odisha has provided better industrial climate for industries to grow and helped industries to be part of the development story of Odisha.

The CM further said, “In the Make-in-Odisha Conclave held in 2016, we have received investment intent of more than Rs 2 lakh crore across 10 diversified sectors that has a potential to create job opportunities 1.4 lakh. So far, over 60 percent of the total investment proposals are at various stages of implementation. You will be glad to know, Japan will be our country partner and the State Bank of India will be the banking partner for the next Make-in-Odisha in Bhubaneswar, he added.

“Our concerted efforts for industrial and economic growth, has been paying rich dividends with many new industrial establishments coming up in Odisha. All our0/8/18: efforts are creating better job opportunities for our youth. I believe, the Company Secretaries will also have a fair share of it,” the CM concluded.

2018-08-30
Editor in chief
Previous: SAP India signed a MOU with NSIC to Expand technology Adoption across MSMEs in the country
Next: Odisha Chief Electoral Officer held an all-party meeting in Bhubaneswar