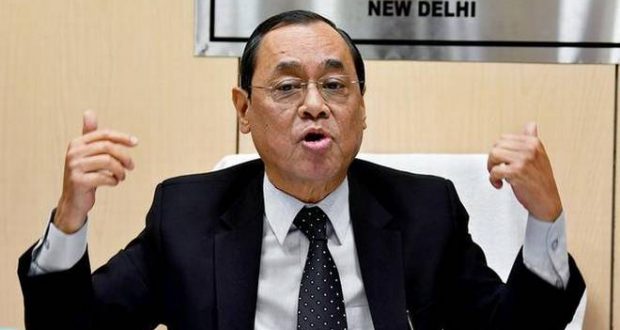 Justice Ranjan Gogoi will be the next Chief Justice of India

in National August 28, 2018 Comments Off on Justice Ranjan Gogoi will be the next Chief Justice of India 829 Views

New Delhi:28/8/18: Justice Ranjan Gogoi will be the next Chief Justice of India (CJI) according to the current practice of the Supreme Court. This claim was made by the famous lawyer Indira Jaisingh. CJI Deepak Mishra is retiring on October 2 and Ranjan Gogoi comes after him in seniority. Earlier, some people were speculating that after the four-judge press conference of the Supreme Court, in which Gogoi was involved, another can be decided to make the next CJI.

Indira Jaisingh claimed in a tweet that it is unofficially known that the recommendation for the next CJI will be sent to the Central Government on September 2 and Ranjan Gogoi will be the next CJI. If this is true then Ranjan Gogoi will swear on October 2. CJI Deepak Mishra’s tenure ends on this day. Ranjan Gogoi retires on November 17, 2019

What is the tradition?

2018-08-28
Editor in chief
Previous: Tension has mounted up in Narendrapur gram panchayat
Next: Petrol prices today crossed the Rs 78 per litre mark in Delhi