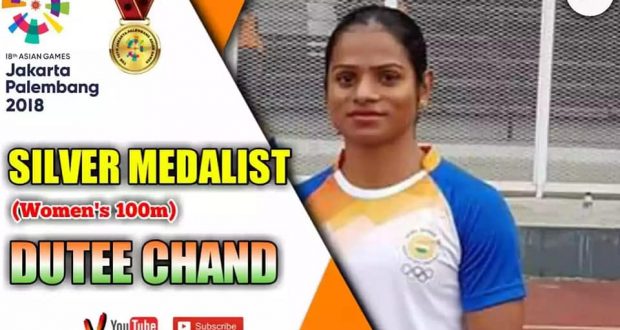 in National August 27, 2018 Comments Off on Odisha Chief Minister announced a cash award of Rs 1.5 crores for Dutee Chand on winning the Silver Medal in 100-meter event 1,065 Views 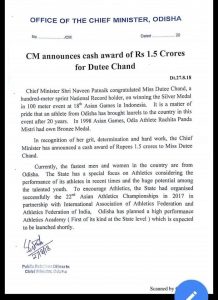 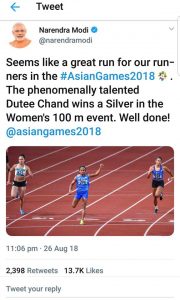 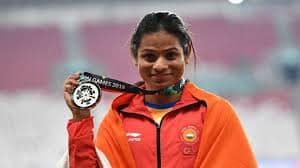 It is a matter of pride that an athlete from Odisha has brought laurels to the country in this event after 20 years. In 1998 Asian Games, Odia Athlete Rachita Panda Mistri had own Bronze Medal.

“In recognition of her grit, determination and hard work, the Chief Minister has announced a cash award of Rupees 1.5 crores to Miss Dutee Chand,” said a statement from CMO.

Currently, the fastest men and women in the country are from Odisha.

The state has a special focus on Athletics considering the performance of its athletes in recent times and the huge potential among the talented youth, the statement said.

Odisha has planned a high-performance Athletics Academy (First of its kind at the State level ) which is expected to be launched shortly.

2018-08-27
Editor in chief
Previous: Election Commission of India holds a meeting with all the recognised National and State Political Parties on various electoral reforms.
Next: Naveen Patnaik calls forth to keep the surrounding clean and healthy