Top Headlines
Home » State News » 42.33 lakh children will be given doworming tablets on the occasion of National Deworming Day 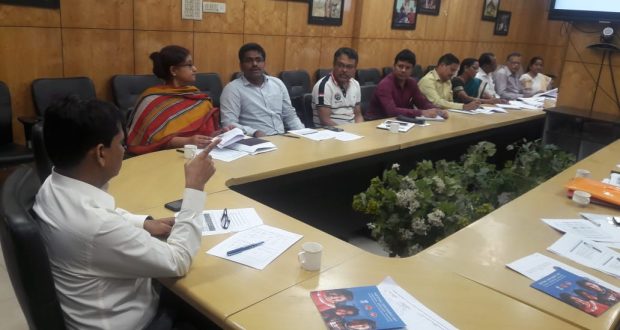 42.33 lakh children will be given doworming tablets on the occasion of National Deworming Day

Bhubaneswar: 27/8/18:As many as 42.33 lakh children between the age group of one and 19 years will be given doworming tablets on the occasion of National Deworming Day (NDD) on September 26.

This was revealed by health and family welfare department commissioner-cum-secretary Pramod Kumar Meherda after chairing the state coordination meeting for the National Deworming Day here on Monday.

Albendazole tablets will be administered to all children with an aim to make efforts in controlling soil-transmitted helminth (STH) infections among them.The state had achieved 92 per cent coverage in the last round implemented in April 2018. To increase the coverage and to achieve the census target, the out of school children, private school children in the urban areas to be reached.

2018-08-27
Editor in chief
Previous: Odisha Chief Minister inaugurated the newly constructed building of of Cuttack Deputy Commissioner of Police
Next: Election Commission of India holds a meeting with all the recognised National and State Political Parties on various electoral reforms.