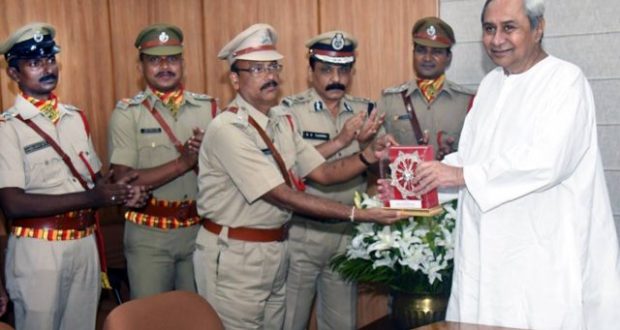 in State News August 26, 2018 Comments Off on Odisha Chief Minister felicitated the fire services personnel for their commendable relief work in Kerala, 749 Views

Appreciating the fire personnel for their tireless efforts to rescue the flood-affected people in Kerala, the CM said the personnel made Odisha proud. The Chief Minister also announced that Rs 25 lakh would be given to the Fire Welfare Fund every year.

Notably, the state government had sent a team of 245 fire personnel along with all necessary equipment including 64 power boats to Kerala to assist the authorities in rescue and relief operations.