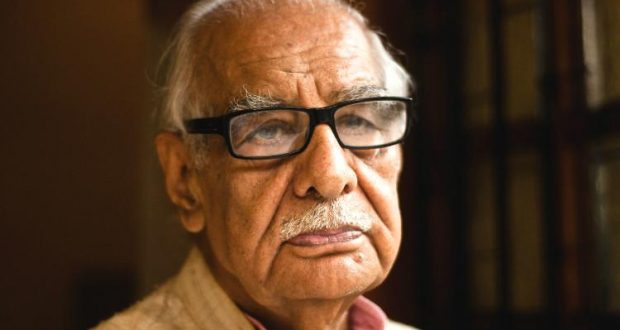 Veteran journalist and author Kuldip Nayar passes away at 95

in Literature August 23, 2018 Comments Off on Veteran journalist and author Kuldip Nayar passes away at 95 882 Views

Newdelhi:23/8/18;Senior journalist, author and human rights activist Kuldip Nayar died at a hospital in New Delhi. He was 95, his family said on Thursday.

Nayar breathed his last at the Escorts Hospital at 12.30 a.m. The cremation will take place at 1 p.m. on Thursday afternoon.

Born on August 14, 1923, in Sialkot (Pakistan), Nayar was among the country’s first syndicated columnists and wrote several books.

He was appointed High Commissioner to the UK in 1990 and nominated to the Rajya Sabha in 1997.

Nayar started his journalistic career with the Urdu daily Anjam in 1948. He worked in the Press Information Bureau as a Press Officer to then Home Ministers Govind Ballabh Pant and Lal Bahadur Shastri. 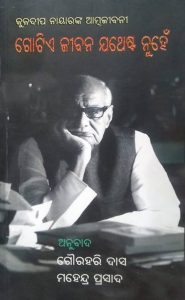 He was the editor and General Manager of United News of India (UNI) and also the editor of The Statesman. He also worked with the Indian Express, The Times, The Spectator and the Evening Star.

He was also the author of 15 books including Beyond the Lines, India after Nehru and Emergency Retold.

Senior journalist HK Dua, who knew Nayar for 54 years, described him as a “good friend”, a “great journalist” and said his death was a loss to the profession.

“Till the last, he was working. At the age of 94, he kept his interest alive in the news world. He was a great chaser of news and broke many stories in his life. He knew much more of what was happening behind the news than many other journalists and got lots of inside information. Essentially, he remained a thorough journalist,” Dua told.

He said Nayar also made efforts for peace between India and Pakistan and organised candle-light demonstrations.

Modi termed him an intellectual giant and recalled his role as a staunch opponent of the Emergency.Prime Minister Narendra Modi and President Ram Nath Kovind were among leaders who condoled Nayar’s death.

2018-08-23
Editor in chief
Previous: Festival of Eid al-Adha also known as Bakrid is being celebrated by Muslim community
Next: Veteran Odia actor Debu Bose died while undergoing treatment at a private hospital in Hyderabad