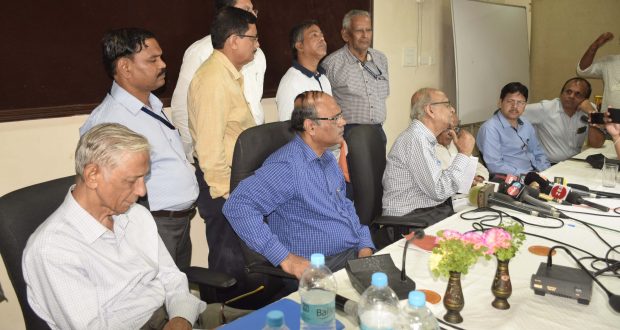 In a statement to the media, ASI technical core committee member AK Patel said, “Out of total four central column capital of Nata Mandap, cracks were detected in two.”

Besides, water seepage from the ceiling was also detected in the Nata Mandap, he added.

Patel further informed that the experts’ team is exploring alternatives to carry out the repair work of Nata Mandap to curb water leakage.

The ASI will take necessary action based on the report submitted by the team for the preservation of structure after discussing with the temple servitors and administration.

During the team’s three-day inspection, the officials also reviewed the condition of Jay Vijay Dwar, Garuda Stambha and other structures on the 12th century shrine.

2018-08-22
Editor in chief
Previous: Bhubaneswr:22/8/18:245 Odisha Fire Service personnel & 63 boats air-lifted by IAF_MCC & deployed inKeralaFloodRelief since 19 Aug. Since 1999 Super Cyclone, Odisha has emerged as a model in disaster preparedness
Next: Festival of Eid al-Adha also known as Bakrid is being celebrated by Muslim community