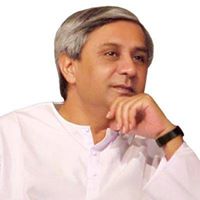 Odisha Chief Minister Naveen Patnaik has ranked No.1 in terms of popularity within one’s own state

in State News August 21, 2018 Comments Off on Odisha Chief Minister Naveen Patnaik has ranked No.1 in terms of popularity within one’s own state 1,767 Views

Bhubaneswar:21/8/18: Chief Minister Naveen Patnaik has ranked No.1 in terms of popularity within one’s own state in the India Today Mood of Nation (MOTN) survey, released on Saturday. He has been voted sixth best performing Chief Minister across the country.

In the MOTN survey participated by 12,100 people, which is a subjective study of voter perception across the country, the No.1 status is more a reflection of political popularity rather than a test of governance.

As per MOTN survey, Mamta Banerjee is nation’s No. 1 chief minister. It is to be noted here that, Mamata has won the best performing CM thrice in a row till now.

Earlier, Chief Minister Naveen Patnaik had won the prestigious Outlook Speakout Award-2017 as the best administrator in the country.

He was chosen from among six Chief Ministers including Nitish Kumar, Manik Sarkar, Mamata Banerjee, Devendra Fadnavis and Siddaramaiah. The award was presented to Naveen by former President Pranab Mukherjee.

2018-08-21
Editor in chief
Previous: Former minister and eminent writer Jadunath Das Mohapatra Passesd away
Next: “Love Express” is set to hit the screens During Ganesh Puja