Top Headlines
Home » National » Central Government has taken an immediate decision to help the flood victims of Kerala by allocating an additional 89,540 tonnes of food grains 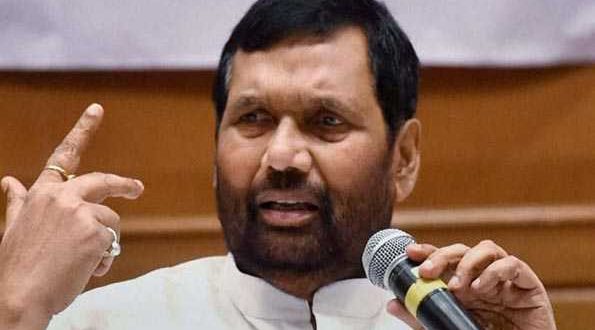 Central Government has taken an immediate decision to help the flood victims of Kerala by allocating an additional 89,540 tonnes of food grains

in National August 21, 2018 Comments Off on Central Government has taken an immediate decision to help the flood victims of Kerala by allocating an additional 89,540 tonnes of food grains 734 Views

Newdelhi:21/8/18:The Union Minister of Consumer Affairs, Food and Public Distribution, Shri Ram Vilas Paswan briefed media regarding the relief measures for the flood affected State of Kerala. Shri Paswan expressed solidarity with the people of Kerala and offered his condolences to the families of those bereaved. The Union Minister also hailed the efforts of the Armed forces who have been working day and night to save lives and provide relief material to those affected while risking their own lives. Shri Paswan said that while the flood water levels are receding, this is a crucial period as the risk of spread of water borne diseases increases. He also assured that Central government under the leadership of Prime Minister Shri Narendra Modi will provide as much help as possible to Kerala.

Talking about the relief measures, Shri Paswan said that the Chief Minister of Kerala has demanded 1 lakh 18 thousand tonnes of food grain from the Food Department. Under the National Food Security Scheme, Kerala is already being supplied 1 lakh 18 thousand tonnes of food grains per month which will continue. In addition to this, the Central Government has taken an immediate decision to help the flood victims of Kerala by allocating 89 thousand 540 tonnes of food grains (at a rate of 5 kilograms per person) for families left out of the National Food Security Act. With this decision, the arrangement of grains for the entire population of the state of Kerala will be possible. 100 tons of pulses have already been sent to kerala through a special aircraft. In addition, 80 tons of pulses will be sent per day.

2018-08-21
Editor in chief
Previous: Gen. Wei Fenghe, State Councillor and Defence Minister of China calls on PM
Next: Second edition of Odisha Vikash Conclave will be held from August 24 to 26