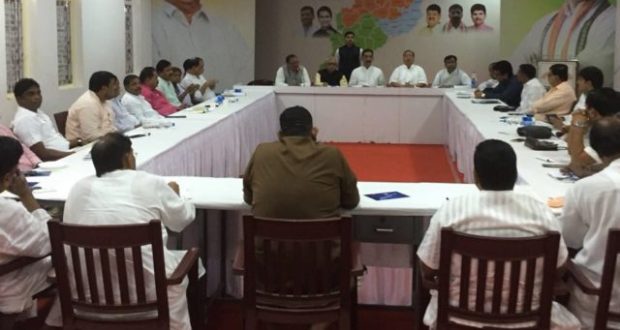 Bhubaneswar: 20/8/18:The Odisha unit of Congress has decided to prioritise ‘new face’ and ‘winnability’ factor while selecting its candidates for the 2019 general elections in the state.

Speaking to reporters before commencement of party’s first Pradesh Election Committee (PEC) meeting at Congress Bhawan here today, Odisha Pradesh Congress Committee (OPCC) President Niranjan Patnaik said, “Discussion will be held at the meeting to finalise the criteria for selection of candidates and distribution of tickets.”

The OPCC chief also said that all the sitting MLAs of the Odisha Congress will be candidates in the upcoming poll.

It was decided at the meeting that party’s candidates who had lost deposits in the last general election will not be provided with tickets, reports said.

All India Congress Committee (AICC) in-charge of Odisha Jitender Singh had yesterday announced that OPCC will announce the name of at least 50 candidates for the upcoming Assembly elections within a period of 15 days. The names of the candidates will be announced in the first week of September, he had said.