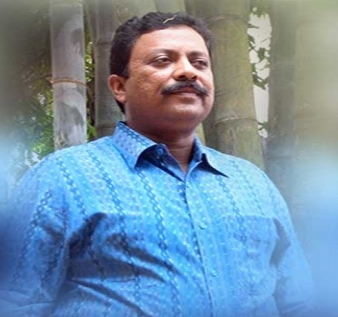 Bhubaneswar:20/8/18: Noted environment and wildlife activist Biswajit Mohanty has been appointed as the Chairman of the Executive Committee of Greenpeace India whose headquarters are at Bengaluru.

He was a Governing Body member of Wildlife Institute of India for 2008-2014, was a member of Odisha State Audit Advisory Board and is a former Director, Orissa Forest Development Corporation  Ltd. He also served on the National Board for Wildlife during 2007-2013 and was a  Board member of Transparency International India during 2010-2013. He is also the Honorary Secretary of Wildlife Society of Orissa.

2018-08-20
Editor in chief
Previous: Newdelhi:20/8/18:The Speaker, Lok Sabha, Smt. Sumitra Mahajan, the former Prime Minister, Dr. Manmohan Singh, the Minister of State for Parliamentary Affairs and Statistics & Programme Implementation, Shri Vijay Goel and other dignitaries paid homage to the former Prime Minister, late Shri Rajiv Gandhi, on his 74th birth anniversary, at Parliament House, in New Delhi on August 20, 2018.
Next: Hilsa is back on the food menu bringing cup of joy for both fishermen communities and fish lovers