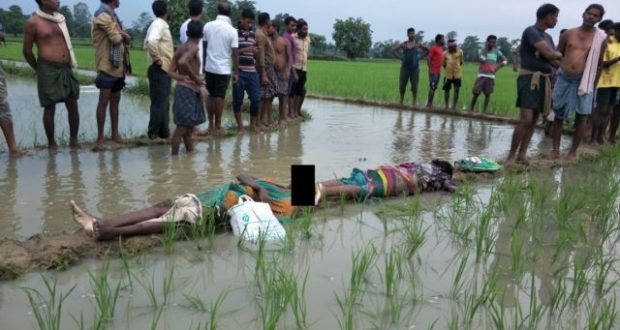 in District Diary August 19, 2018 Comments Off on Six people were killed in separate incidents of lightning strike in Odisha 1,015 Views

Bhubaneswar:20/8/18:  As many as six people were killed and three others sustained serious burn injuries in separate incidents of lightning strike in Odisha today.

Two women, identified as Mini Mirdha and Subalaya Mirdha from Nileipali village under Attabira block of Bargarh district were died after lightning struck them while they were working in a paddy filed.

Three other women from the same village, who were also working in the paddy filed, were admitted to Veer Surendra Sai Institute of Medical Sciences and Research (VIMSAR) in Sambalpur.

A woman, identified as Binodini Behera, from Benupada village in Pipili block of Puri district was killed after being struck by lightning while she was working in a paddy field.

Lightning strike has claimed another life in Nayagarh district this afternoon.

2018-08-19
Editor in chief
Previous: Odisha Congress will announce a list of few candidates for the 2019 elections in next 15 days
Next: Bajrang Punia clinches India’s first gold at Jakarta with win in 65kg wrestling event