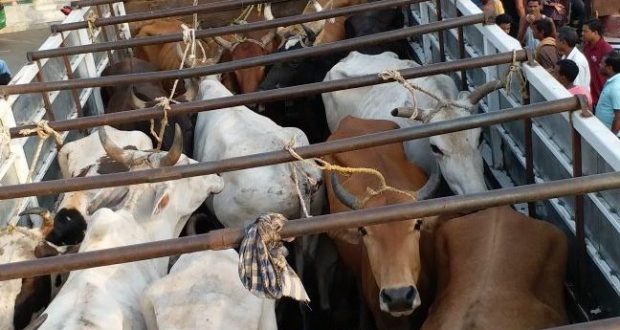 Dhenkanal police rescued over 300 cows from the truck

in District Diary August 19, 2018 Comments Off on Dhenkanal police rescued over 300 cows from the truck 1,323 Views

Dhenkanal:19/8/18: The police on Sunday seized four cattle-laden trucks near Gondia bus stand under Gondia police limits in Dhenkanal district and rescued over 300 cows from the truck.

According to sources, at around 7.30 am this morning some locals intercepted the trucks on suspicion and conducted search during which the cattle were found stashed in the vehicles. However, the drivers managed to give the angry mob slips.

On being informed, police visited the spot and seized the trucks. Meanwhile, the police have launched a probe in this regard.

The cattle would be sent to nearby gosalas, informed police.