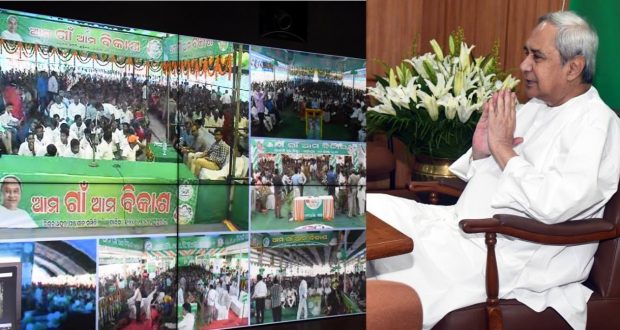 He valued the keen participation of people in the development process and encouraged them to bring up valuable issues of socio-economic growth. Speaking directly to CM Shri Patnaik, the villagers presented many proposals. Considering them, he sanctioned projects worth ₹17.58 Cr for 102 Gram Panchayats which will bolster the development in the respective areas. The program has covered 3299 GPs in 145 blocks and led to sanction of 30,593 projects worth ₹746.72 Cr. till date.

2018-08-17
Editor in chief
Previous: NALCO taken a step further towards the promotion of art and culture by signing a MOU with Vrindaban Gurukul Trust
Next: FIMI Appoints Sunil Duggal, CEO-HZL as its New President