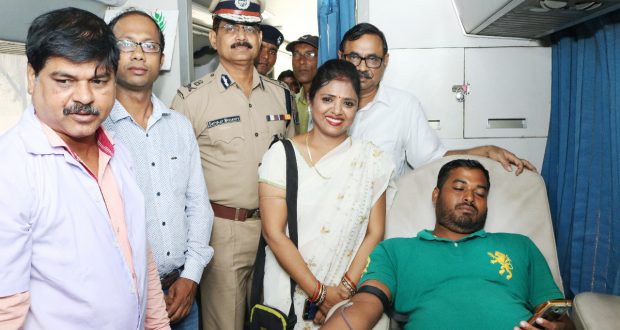 The blood donation camp was organised at Saheed Nagar area under a special campaign ‘Jeevan Alok’ launched by the Regional Branch of Indian Red Cross Society in Police Commissionerate of Bhubaneswar-Cuttack.

The aim of the campaign is to improve availability of blood in different blood banks of twin cities of Bhubaneswar and Cuttack and to motivate people to donate blood.