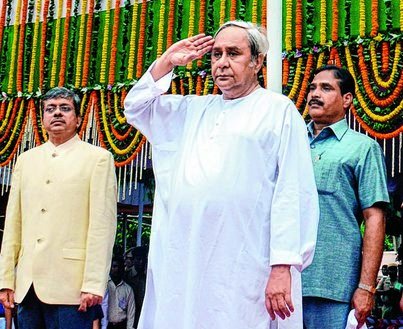 Paying homage to freedom fighters and martyred soldiers in his speech, the CM said Odisha had a major contribution in the independence movement

Patnaik said the Odisha Government is giving priority to farmers, women and youths of the state. They are being provided with loan at 1% interest rate, he said.

“After the success of the Asian Athletics Championships in Bhubaneswar, the city will be hosting the Hockey World Cup in November this year. It is a matter of pride for us,” the Chief Minister said.

He also announced the commencement of Biju Swasthya Kalyan Yojana (BSKY), an universal health coverage, in the state from today and sought everyone’s cooperation in successfully implementing it.