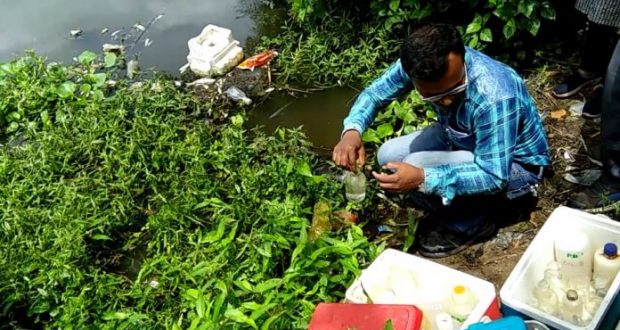 Motionless bodies of tons fish were spotted drifting along the Sahara, Athrabanki and Kaudia creeks on the outskirts of Port Township.

Bloated bodies of fish and aquatic animals continue to drift along the polluted water bodies and creeks. Stench smell emanating from the dead species fills the air.

Sometime back similar scenario of en-masse death of fish species had been reported. The matter had been brought to the notice of authorities concerned. But it was of no avail. The spectre of death has recurred again. It is going to spell disaster for those living on fishing activities, said fishermen community members.

From time to time, this phenomenon of en masse dying of fish is being reported. Industrial effluents from have become the messenger of death for fish and aquatic animals in the water channels and creeks near Paradip, they rued.

2018-08-14
Editor in chief
Previous: INTACH Opposes Water Aerodrome In Chilika Lake
Next: Odisha government decided not to allow the students to participate in the Independence Day parade