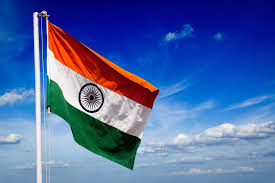 MHA Advisory against use of National Flag made of plastic

in National August 13, 2018 Comments Off on MHA Advisory against use of National Flag made of plastic 558 Views

Newdelhi:13/8/18;Ahead of the Independence Day, the Ministry of Home Affairs has issued an Advisory to the Chief Secretaries/Administrators of all State Governments/UT Administrations, Secretaries of all Ministries / Departments of Govt. of India to ensure strict compliance of the provisions contained in the ‘Flag Code of India,  2002’ and ‘The Prevention of Insults to National Honour Act, 1971’. The Advisory reiterates that the National Flag represents the hopes and aspirations of the people of our country and hence should occupy a position of honour. There is universal affection and respect for, and loyalty to, the National Flag. Yet, a perceptible lack of awareness is often noticed amongst people as well as organizations/agencies of the Government in regard to laws, practices and conventions that apply to display of the National Flag. The Advisory directs that mass awareness programmes be carried out in this regard and also give it wide publicity through advertisements in the electronic and print media.

A copy each of ‘The Prevention of Insults to National Honour Act, 1971’ and ‘Flag Code of India, 2002’ which governs display of National Flag, are available on MHA’s website (www.mha.nic.in)at

2018-08-13
Editor in chief
Previous: Large number of leaders and workers belonging to the Congress, BJP and other political parties joined the BJD
Next: New Chairperson of Appellate Tribunal for Electricity