Top Headlines
Home » District Diary » Large number of leaders and workers belonging to the Congress, BJP and other political parties joined the BJD 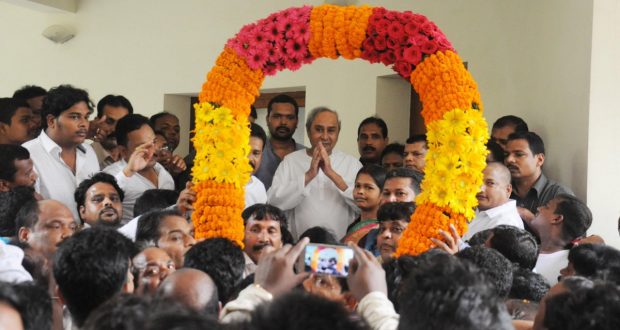 Large number of leaders and workers belonging to the Congress, BJP and other political parties joined the BJD

Bhubaneswar:13/8/18; A large number of leaders and workers belonging to the Congress, BJP and other political parties from Koraput district joined the BJD on  Sunday . They belong to four Blocks of the Kotpad assembly constituency – Kundra, Kotpad, Boriguma and Boipariguda.

The joining ceremony was held at Naveen Nivas in the State Capital today morning. Chief Minister and BJD supremo Naveen Patnaik welcomed the new-joinees including, Sarpanchs and Samiti Members along with hundreds of their supporters. 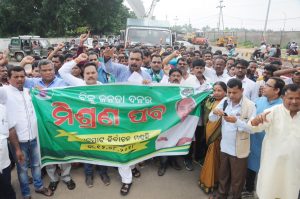 Sports and Youth Affairs Minister Chandra Sarathi Behera said that a majority of leaders of Koraput district have welcomed the development works carried out by the BJD Government in the area.

“Chief Minister’s focus has been on the timely completion of development works for the tribals. This has been the key to the acceptance of his leadership in the area,” he added.

Last Panchayat elections out of 29 Zilla Parshad zones, BJD was victorious in 24 ZPs. “The new members were inspired by the development works like the Medical College, Biju Expressway apart from others, which were the dream projects of the Chief Minister,” senior BJD leader Tejeswar Pardia said.

2018-08-13
Editor in chief
Previous: Hindi film ‘ Pushpa, I Hate Tears’ Produced by odia Producer
Next: MHA Advisory against use of National Flag made of plastic