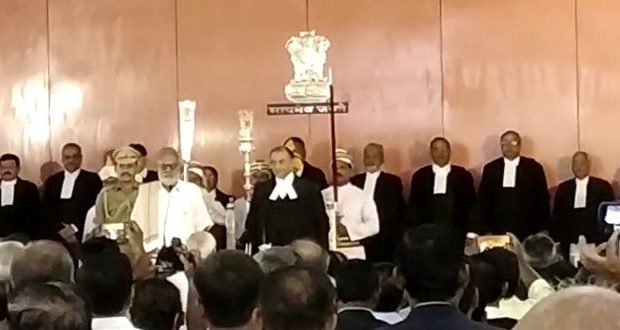 Odisha Governor Ganeshi Lal administered the oath of office to the chief justice in the high court premises.

Prior to his new assignment, Justice Jhaveri was a judge of Rajasthan High Court.

The post of Chief Justice of Orissa High Court fell vacant earlier this week when incumbent Justice Vineet Saran was elevated as a judge of the Supreme Court.

Justice Jhaveri was elevated as Judge of Gujarat High Court on 7th March, 2004 and was confirmed as permanent Judge on 22.06.2005.

Justice Jhaveri was on advocate on the panel of various prestigious institutions like GSRTC, AMC, FCI and for State of Gujarat for arbitration matter before the Gujarat Public Contracts Arbitration Tribunal.

He also held prestigious position in Bharat Scouts and Guides and was active member since 1981 to 1997. Besides he was nominated as State Commissioner, Scout in the year 2002 and held such office till February, 2004.