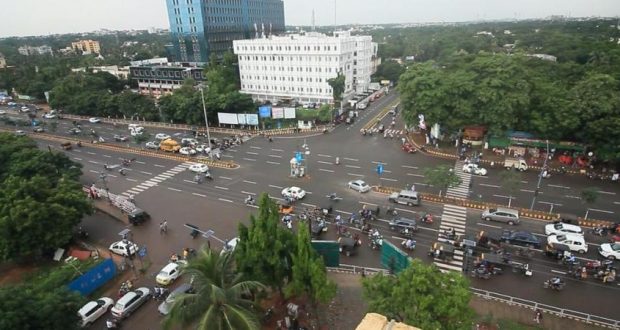 Bhubaneswar has been ranked among top 20 most liveable cities

in Smartcity Bhubaneswar August 13, 2018 Comments Off on Bhubaneswar has been ranked among top 20 most liveable cities 1,802 Views

Bhubaneswar:13/8/18;  Bhubaneswar has been ranked among top 20 most liveable cities among 111 cities in the entire country.

While, Bhubaneswar is on the eighteenth position, the coveted top spot went to Pune followed closely by Navi Mumbai and Greater Mumbai in a ranking of 111 Indian cities with the national capital ranked at a lowly 65 on the Ease of Living Index released by the government here.

Thane is the fourth Maharashtra city that made it to the top 10 in the list. Other cities ranked among the best 10 are Tirupati, Chandigarh, Raipur, Indore, Vijaywada and Bhopal.

Notably, none of the cities in big states like Uttar Pradesh, West Bengal, Tamil Nadu and Karnataka have made it to the top 10.

Chennai has been ranked 14, Hyderabad at 27 and Bengaluru at 85. Kolkata had refused to participate in the survey.

Gurugram is at the 88th spot. Rampur in Uttar Pradesh is at the bottom of the list that has Jammu and Srinagar in Jammu and Kashmir at 95 and 100.

The Ease of Living Index was launched by Housing and Urban Affairs Minister Hardeep Singh Puri on Monday.

The survey based on four parameters — governance, social institutions, economic and physical infrastructure — was conducted in 111 cities across the country.

It is an initiative of the ministry to help cities assess their liveability on the bases of global and national benchmarks.

The survey was started to encourage cities to move towards an outcome-based approach to urban planning and management.

Its framework comprised four pillars — institutional, social, economic and physical which are further broken down into 15 categories and 78 indicators.

The minister said evaluation of cities was done on a 100-point scale with the institutional and social pillars carrying 25 points each, five points for the pillar on economic and 45 points for the physical pillar.

A ministry official said the cities submitted data on more than 50,000 points. Secondary audit of 10,000 documents, physical audit of 14,000 units and survey of more than 60,000 citizens were completed which led to finalization of the index.

The assessment standards, according to the government, are closely linked to the Sustainable Development Goals (SDGs) and will provide a strong impetus to India’s effort for systematic tracking progress of the goals in the urban areas.

Of the 17 SDG goals, eight are directly linked to India’s ease of living assessment framework.

2018-08-13
Editor in chief
Previous: Odisha Governor released the Odia edition of ‘Exam Warriors’written by Prime Minister Narendra Modi
Next: Babusan is all set to enthral audiences as Sriman Surdas