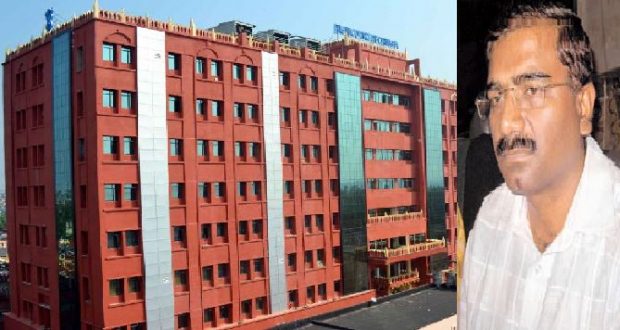 in Law August 10, 2018 Comments Off on Senior IAS officer Vinod Kumar was sent to jail after he surrendered before the court 914 Views

Bhubaneswar:10/8/18: Senior IAS officer Vinod Kumar, who was convicted in financial irregularities at the Odisha Rural Housing Development Corporation by the special vigilance court on July 3, was sent to jail today after he surrendered before the court.

Earlier non-bailable warrant had been issued against the bureaucrat. With the court denying his bail application, he was sent to Jharpada circle jail here, said officials.

On July 3, the special vigilance court convicted six persons, including Kumar, in connection with a misappropriation case in 2007 during their stint with the corporation.

Kumar headed the OHRDC during 2000-01 when large scale fiscal irregularities were allegedly perpetrated by the senior bureaucrat.

The corporation allegedly granted loans to builders and contractors unscrupulously without obtaining adequate collateral security and not conducting pre and post sanction inspection. No follow-up action was allegedly taken to recover loans. As a result, repayments up to Rs.100 crores remained outstanding and their realisation was remote.