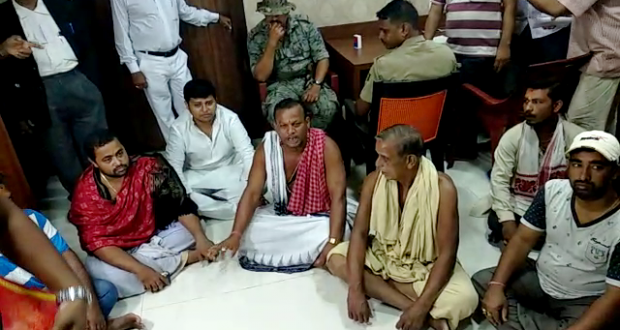 A few minutes after commencement of the public hearing, the servitors along with some locals staged a protest inside the office alleging improper way of conducting the hearing. They questioned as to why the three-member committee called people one by one and discussed with them in a closed room?

As per the Supreme Court’s recommendations, the SJTA had issued a notification seeking suggestions, either in written or verbally, on Srimandir reforms. Accordingly, the three-member panel expert panel headed by former temple administrator Suresh Chandra Mohapatra conducted the public hearing.

After the public hearing, the panel will study the existing norms and other welfare activities undertaken at major shrines including Vaishno Devi in the country and submit a report to the State Government.

It may be mentioned here that resentment has been brewing among temple servitors and the SJTA after the apex court directed to implement measures like abolition of appointment of servitors on heredity basis, management of the temple’s Roshaghara (kitchen) by SJTA and queuing system for hassle free Darshan

2018-08-10
Editor in chief
Previous: PETA issued an order to ensure that illegal animal sacrifices do not take place in the state
Next: Odisha Government increase the one-time honorarium for ASHA workers to Rs 20,000 from Rs 10,000