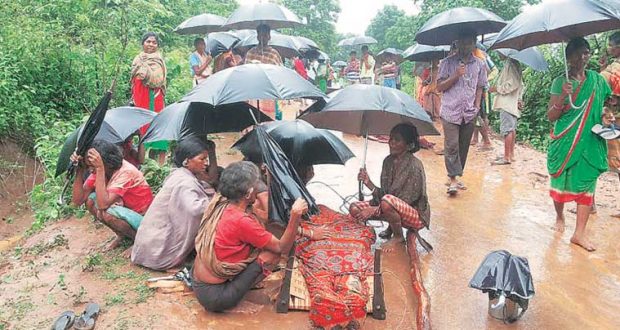 in District Diary August 10, 2018 Comments Off on OHRC has directed the Odisha government to pay Rs 2 lakh compensation who were killed in a firing at Gumudumaha 773 Views

Bhubaneswar:10/8/18; The Odisha Human Rights Commission (OHRC) has directed the Odisha government to pay Rs 2 lakh compensation each to the family members of five persons who were killed in a firing at Gumudumaha village of Kandhamal district in 2016.

The rights body also directed the state home secretary to pay Rs 50,000 compensation to those injured in the firing. The compensation amount should be released within two months from the date of the order, the commission said.

Notably, a squad of the Special Operation Group (SOG) gunned down five tribals in Gumudumaha during an anti-Maoist operation on the night of July 8, 2016. While State Police claimed that the tribals were caught in the crossfire with Maoists, the National Commission for Scheduled Tribes (NCST) claimed that it was not a crossfire.

Villagers had said they were sitting in the auto-rickshaw when the firing started all of a sudden. They shouted that they were not Maoists but the firing continued for 15 minutes, claiming the lives of five persons including three women and a child.