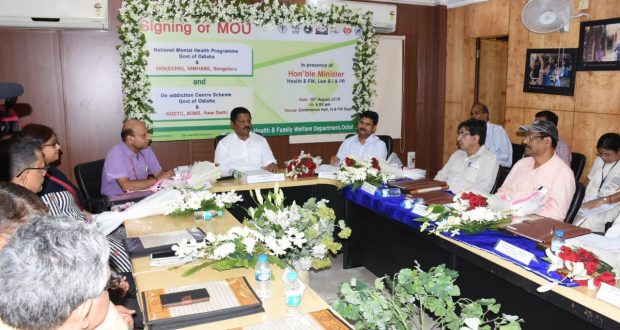 The first MoU has been signed with NIMHANs, Bengaluru to provide tele-mentoring and capacity building of medical officers of DMHP/SDH/CHC for management of mental illness cases and basic emergency psychiatric care along with follow up care at the healthcare facilities.

Speaking on the occasion, Health Minister Pratap Jena said that even though the National Mental Health Programme has been implemented in the State since 2003-04, the expansion of the programme was delayed due to inadequate budget provision by the Centre.

Jena said that the state government has decided to expand the programme in all 30 districts of Odisha.

The Minister cited that establishment of Centre of Excellence for Mental Health at SCB Medical College and Hospital with 100 per cent financial assistance from the state government is an example of the sincerity of state government to address the mental health problems in Odisha.