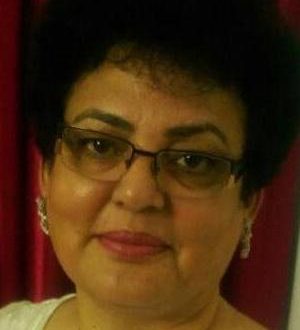 Newdelhi:9/8/18:NCW member Rekha Sharma, who recently stoked a controversy by suggesting abolition of confessions in churches, has been appointed as the chairperson of the National Commission for Women.

Ms Sharma, 54, was earlier a member of the Commission and was holding the additional charge of chairperson after Lalitha Kumaramangalam demitted office in September last year. She belongs to Haryana

As a member of the Commission, she visited and inspected a number of psychiatric institutions, custodial homes throughout the country and interacted with women admitted in these institutions, the NCW said in a statement.

Reacting to her appointment, Ms Sharma said, “It is with a great honour, respect and sense of duty that I take up the charge of Chairperson, National Commission for Women”.

Mrs. Rekha Sharma is an alumina of prestigious DAV College, Dehradun (Uttarakhand). A graduate in Political Science, History and English Literature with a Diploma in Marketing and Advertising, Fashion Designing and Higher Diploma in Computers System Management.Married to an Army Officer, she has proactively taken part in various family welfare activities within the Army to promote better standards of living and  education  to  the   wives  and  children  of  the  soldiers  in order to make them self reliant and bold to brave the day to day rigors and challenges of the Army life.

She has been an erstwhile Member of District Consumer & Redressal Forum with the Govt. of Haryana.

Running her own event management center by the name of ‘Chavi’ she has organized various engrossing seminars and debates, talk shows and seminars on meaningful social relevant events affecting women at large.

She has to her credit of establishing a registered NGO called ‘Haryana Mahila Uthan Samiti’ which works for the empowerment of rural women of Haryana. She has been a Social Media activist since the proliferation of internet environment in the country.