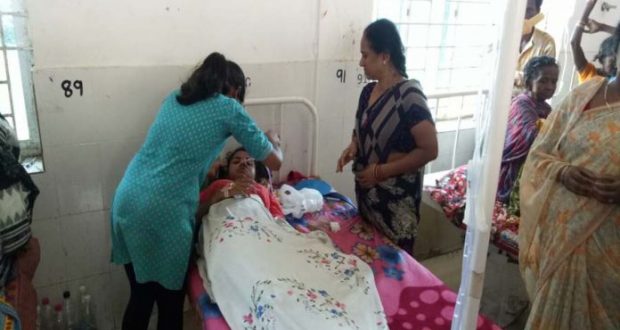 Keonjhar :9/8/18: In the latest incident of campus ragging, a group of girl students were allegedly ill-treated by seniors in a government-run degree engineering college in Odisha’s Keonjhar district.

At least three girl students of 3rd year electrical stream were allegedly ill-treated and misbehaved in the college hostel by a group of senior girl students. The incident occurred yesterday. One of the ragging victim, Tapaswini Sahu complained of sickness yesterday night and was shifted to headquarters hospital. Later Sahu narrated the sequence of mental and physical tortured on her and two of her classmates by a section of 4th year degree students, who were boarder of the hostel, said Principal, Government College of Engineering, Keonjhar, Trilochan Sahu.

The victims of the campus ragging have lodged a complaint and have named the seniors who perpetrated the ragging upon them. The anti-ragging committee constituted in the college has begun investigating into it.

If the ragging allegations are substantiated, the accused girl students would be rusticated from the college. The college is maintaining zero tolerance towards campus ragging. The students enrolled in the college have furnished sworn affidavits not to indulge in ragging in accordance with anti-ragging rules framed by the government, he added