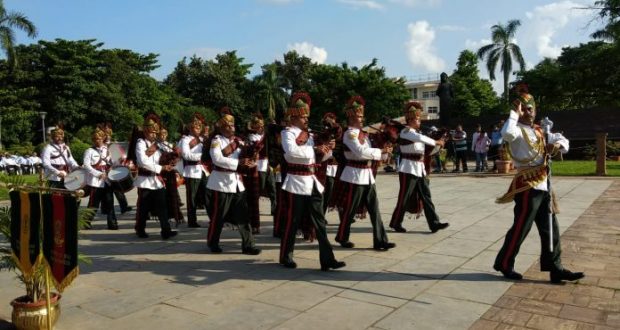 The unique show was organized by the Indian Army on the eve of 72nd Independence Day. Under its “Music in Park’’ initiative BDA had organized many musical events including the first Army Band show last year in collaboration with the Bhubaneswar Military Station. The event started at 4 pm and continued into the evening.

While 17 participants were part of the pipe band of 120 Battalion, the Punjab Regimental Centre’s band constituted 16 members. Apart from the military tunes, the bands also played patriotic numbers like “Aye mere watan be logon’’ and many more evergreen songs.

The Army Recruitment Centre (ARO), Cuttack also created awareness on joining the Indian Army, during the event and spoke to youths and distributed promotional materials explaining the careers in the Indian Army and the various facilities rolled out for entrants.

2018-08-09
Editor in chief
Previous: Internationally acclaimed film Halkaa launched the most awaited trailer
Next: Rekha Sharma has been appointed as the chairperson of the National Commission for Women