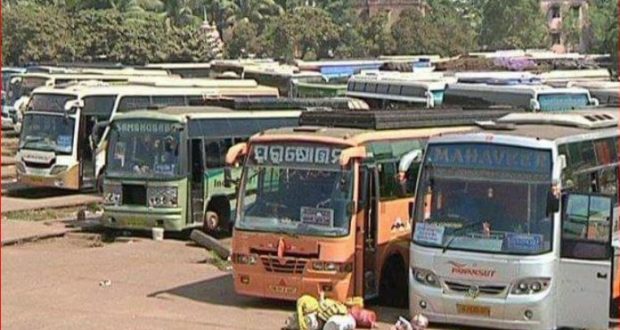 Transport strike effects across the state

in State News August 7, 2018 Comments Off on Transport strike effects across the state 865 Views

Bhubaneswar:7/8/18: Commuters across Odisha had a harrowing time on Tuesday as buses, auto rickshaws and taxis shut engine, owing to the strike called by All Odisha Transport Workers’ Federation (AOTWF).

Transportation of goods and other essential commodities has been largely affected in the state with the owners and operators of trucks keeping their vehicles off the road in response to the strike.

School and college buses, ambulances and milk vans, however, have been exempted from the purview of the nation-wide transport strike.

The strike has been called by All India Road Transport Workers’ Federation and different trade unions, including the Centre of Indian Trade Unions (CITU), Hind Mazdoor Sabha (HMS), All India Trade Union Congress (AITUC) and Labour Progressive Federation (LPF), to protest against the Motor Vehicles (Amendment) Act, 1988, that was cleared by the Lok Sabha in the recent past.

While the All India Road Transport Workers’ Federation and other trade unions are observing a 24-hour strike, the AOTWF has decided to observe the strike for 12 hours in Odisha.