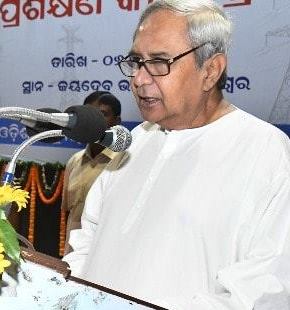 Bhubaneswar: 6/8/18:Expressing grief over deaths of three Odia labourers in granite quarry blast in Andhra Pradesh’s Kurnool district, Chief Minister Naveen Patnaik on Monday announced an ex-gratia of Rs 2 lakh each for the family members of the deceased.

Patnaik expressed sympathy with the bereaved families and released the financial assistance from the Chief Minister’s Relief Fund (CMRF). The CM also wished quick recovery of the Odia labourers injured in the blast and announ forced that the state government will bear the treatment expenses of the victims.

Notably, Duryodhan Nahak and Manoranjan Nahak of Nuagaon under Rambha police limits and Bhima Nayak (56) of J Radhagovindpur in Ganjam district had died in the explosion on August 3.

Taking note of the incident, the state government had sent a two-member fact-finding team from Ganjam labour department to the blast site to ascertain the cause of the explosion.

According to reports, as many as 15 labourers were killed including three from Ganjam district in the massive explosion in the quarry site.